So yeah, it’s been forever. Life has just been well, so much. Too much for doing much (any) writing. And here and there I remember this poor, sad blog, and I become mortified that it’s on the internet for anyone to just see, and I desperately want to delete it, and, well, that might happen sometime soon. But before I do!

A few weeks ago, I realized that it was almost Advent.  Now, I love Advent. I love the entire season. I love Christmas lights and frosty nights and lighting candles and the thought of sitting serenely on the couch on late December evenings reading Advent devotions while listening to Handel’s Messiah and drinking cup after cup of peppermint tea. But the reality of December (especially now with two little ones) ends up being a lot of chaos and stress about what to buy for whom, late night present-wrapping, and frantically mailing packages on December 22nd, plus all the pressure of trying to make Christmas cookies, do meaningful Advent crafts with the kids, and generally feeling overwhelmed by stuff to do and too much stuff piled up everywhere. 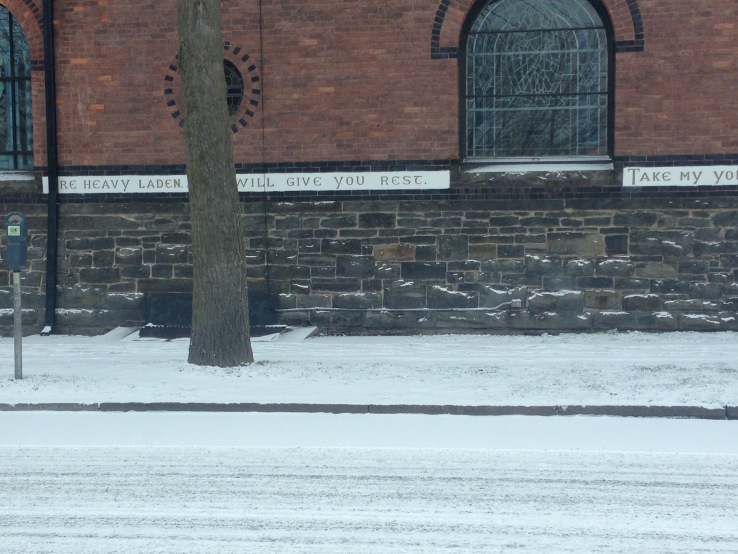 So I had the brilliant idea to use November to clean as much Stuff as possible out of our house. And to finish Christmas shopping, wrapping, and mailing. Even stockings.* So that the season of Advent isn’t dominated by frantic Amazon shopping and feeling paralyzed by decisions in over-crowded Target aisles.  And so that I’m not feeling crushed by the stress of having way too much Stuff in a really small space. And having to make all the decisions about what to buy for people. All of that. (*I fully realize that there are a LOT of really organized people out there who already do this every year and get everything done early. I did not invent the idea of Christmas shopping early. I am just not naturally the most organized, planning ahead type of person, so for me this feels like a personal victory. So I’m writing this for those of you who haven’t been ready for Christmas since October! And for any of you who have, I would love to know your secrets!)

But my disorganized self– over the past two or three weeks I’ve tried simply to get as much stuff out of our house as possible: I’ve returned library books, lent out things we aren’t using right now to people who wanted them, returned borrowed things to the sweet friends who lent them: a tiny dress sewn by a friend that Margaret wore for Halloween, tupperwares, books. I’ve taken loads to Goodwill, two different consignment stores (I made $40! No big deal!) And I’ve been deep cleaning random parts of the house, going through closets and drawers and ruthlessly purging. I even mopped. But, by gum, this house is going to be clean by December!!!! (Also, because everyone cares, the word “clean” comes from the Proto-Indo-European root, “gel”, which means Bright! and Gleaming!) 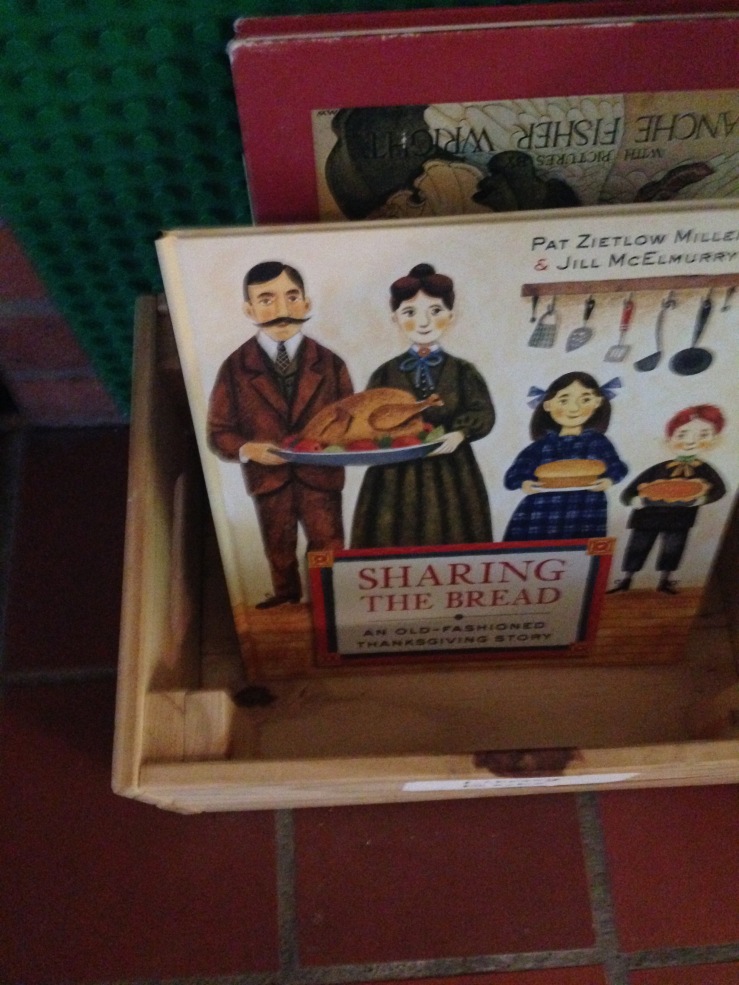 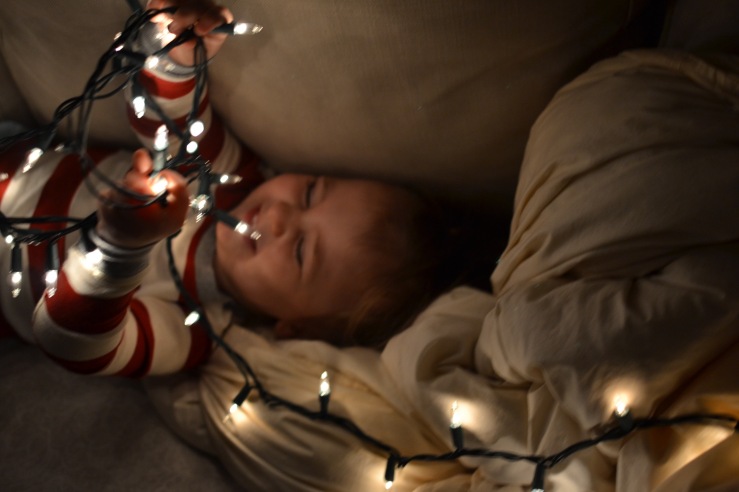 I also packed up most of the kids’ toys and put them in some out of the way tupperware bins.  Will just has a set of wooden blocks out, and some trucks. And he has played with them with intense focus for over a week. So we have spaces on shelves, open floors. Nothing is perfect at all, but I feel like we have a little breathing room.

I know that November is already half gone, but I have been so inspired by this that I wanted to share it nevertheless. I don’t have a 5 point plan for you to follow, but the basic idea is: get rid of stuff. Maybe make some lists of what you need to do, and do those things. Get rid of some more stuff. My dad’s idea for Christmas is, instead of everyone buying gifts for everyone else, have a huge bonfire and burn a bunch of things that you don’t need! In the process of getting rid of so many things these past few weeks it’s made me realize, truly, that the less we have the happier we are. (I’m optimistically calling this post Simple Advent, Part 1, because I have lots of thoughts about simplifying this season. But whether I actually am able to ever write the subsequent posts remains to be seen.)

(And. Of course pre-advent cleaning doesn’t mean things will be perfect. Taking some loads to Goodwill won’t magically make all of life well. The whole of Advent leads up to a story of a birth in a stable. It was Jesus in the midst of imperfection and mess.  Jesus in the midst of what otherwise looked like failure and shame and not-the-way-it-was-supposed-to-be. We can’t perfect life by cleaning. That was Martha’s plan, and it didn’t work out the best for her, right?)

Advent is the beginning of the church year, for those who follow the church calendar, and it does feel nice to be approaching this Beginning by preparing a bit. Getting the hard things out of the way, sweeping the cobwebs out of corners, simplifying as much as possible. So that when Advent begins I’ll have space to breathe. And I’ll be ready and waiting with a good stack of books and my cup of peppermint tea.

View all posts by Laurie

1 thought on “Simple Advent, Part I: Pre-Advent Cleaning Out (Making Space When Your Space isn’t Perfect)”